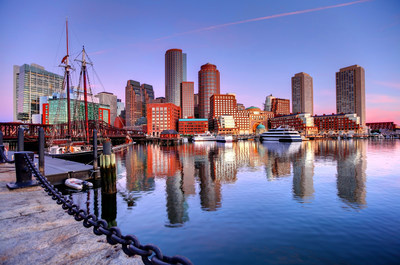 "These new routes to Nashville and Boston, the only non-stop services available, are in line with our strategic long-term plans for global expansion. As the largest foreign carrier in the U.S., these destinations were chosen based on the strength of Air Canada's North American network, allowing for quicker travel times between Canada and two of the fastest-growing economies in the U.S. Customers will be able to take advantage of plentiful connecting opportunities between our extensive domestic and global markets," said Mark Galardo, Vice President of Network Planning at Air Canada.

The new route from Montreal will be operated by Air Canada Express on a 76-seat Embraer E175 aircraft featuring Business Class and Economy Class cabins. It complements existing year-round service to Nashville from Toronto.

"This route strengthens our position in Nashville, one of the fastest growing markets in the U.S. It will appeal to Canadian customers who want to experience the music scene in Tennessee and also allow Nashville residents to experience the vibrant summer season in Montreal, while also allowing for onward travel through our growing Montreal hub," Mr. Galardo said.

"We are delighted to welcome Air Canada's new Montréal-Nashville route, which will appeal to travellers interested in exploring America's fascinating country culture," says Philippe Rainville, President and CEO of Aéroports de Montréal. "This good news coincides with the opening of YUL's brand-new connection centre, a state-of-the-art facility that will allow even more exciting air links to be developed from Montréal, for the benefit of our entire community."

"The introduction of direct service between Nashville and Montreal will contribute to enhancing the attractiveness of our city as a first-class destination in North America. Access to the U.S. market is important to support our efforts to host more conferences and business-related tourism, which have major economic benefits for Montreal's tourism ecosystem," said Yves Lalumière, President and CEO of Tourisme Montréal.

The flights are timed to provide connectivity through Air Canada's North American and international destinations such as Shanghai, Tokyo, Paris and London.

The flight will be operated with a mainline Airbus A319 aircraft featuring Business Class and Economy Class cabins. These flights are timed to provide excellent connectivity to and from Air Canada's Western Canada network. This seasonal route is in addition to existing service to Boston from Vancouver, Toronto, Montreal, Ottawa and Halifax.

"This flight is meant to connect Western Canada to Boston through Calgary, allowing for non-stop travel to Boston where visitors can enjoy the charms of Massachusetts' capital and largest city, while visitors to Calgary can take in the city's culture and make a quick trip to the Rocky Mountains," Mr. Galardo said.

"This direct flight to Boston will connect Calgary to a vibrant city full of history and diversity," said Bob Sartor, President and CEO, The Calgary Airport Authority. "Our guests have long asked for more direct flights to United States' east coast and we thank Air Canada for adding this exciting route to the gateway of New England."

"With this new flight connecting Calgary and Boston, Tourism Calgary's partner Air Canada continues to help us showcase everything Calgary has to offer with new visitors," says Cindy Ady, Tourism Calgary CEO. "Additional direct routes also support the economic impact of tourism, which directly contributes over $2 billion to Calgary's economy each year. We are very eager to share Calgary with Bostonians beginning June 2020."

The addition of a second daily flight between Vancouver and Newark for the summer season will enhance an important transborder connection as it is timed for optimal connectivity to Air Canada's Western Canada network and flights to Asia.

"The New York area is a very important market for Air Canada and the second daily flight rounds out our schedule and gives travellers more options when connecting through our Asia Pacific gateway in Vancouver," Mr. Galardo said.

Customers travelling to Nashville, Boston or Newark from an international destination through Canada pre-clear U.S. customs without even picking up their baggage if they are connecting, saving significant time on their journey. Canadian customers returning from the U.S. can clear customs in Vancouver, Toronto, Montreal and Calgary without having to collect their bags until they get to their final destination.

All customers can collect and redeem Aeroplan Miles through Canada's leading loyalty program when travelling with Air Canada, and eligible customers have access to priority check-in, Maple Leaf Lounges at Canadian airports, priority boarding and other benefits. 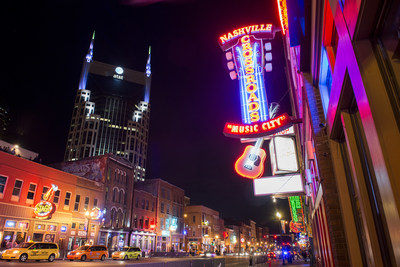