Get news alerts by email
Air Canada To Begin Year-Round Flights From Montreal to Bogotá, Colombia 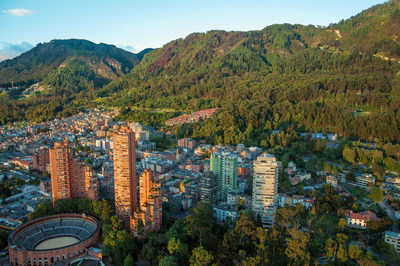 Special introductory fares start as low as $795 round-trip, all in, and tickets are now available for purchase at aircanada.com or through travel agents.

"For several years now, Aéroports de Montréal has been wanting to improve service from YUL to destinations in South America. While a flight to Sao Paolo will be inaugurated in a few weeks, Air Canada is doubling the stakes by adding this new direct connection to Bogotá, Colombia," said Philippe Rainville, President and CEO of Aéroports de Montréal. "In addition to greatly facilitating air travel for members of Montreal's very large Colombian community, this announcement once again affirms YUL's role as a hub for international air traffic. We are confident that this destination will be extremely popular with travellers. And we thank our partner Air Canada who is sparing no effort to continue improving the range of destinations offered from Montreal."

"This is a very exciting announcement. We are looking forward to connecting our capital city with Montreal, the global leader in digital art and creativity, which will further advance the growth of the creative industries sector in Colombia. This new route will also enable a greater number of Canadians to experience 21st century Colombia; a vibrant country that stands out for its opportunities in innovation and entrepreneurship, and for its unparalleled offer of sustainable tourism," said Federico Hoyos, Colombia's Ambassador to Canada.

"More excellent news for Montreal, its economic dynamism and international influence. The announcement of this year-round service between our city and Bogotá will be positive for Montrealers and we are delighted," said Robert Beaudry, head of economic development, trade and housing on the City of Montreal's executive committee.

"This new flight consolidates Montreal's position as a hub, with openness and international accessibility. This is excellent news for developing the South American market, which has grown by more than 50% in recent years. Tourisme Montréal salutes the efforts of Air Canada. This new direct air link will undoubtedly be a tourism and economic success for Montreal, confirming its status as a gateway to Canada," said Yves Lalumière, President and CEO of Tourisme Montréal.

Flights are timed to optimize connectivity to and from Air Canada's extensive network at its Montreal hub. In addition, flights are timed to connect to Star Alliance partner Avianca's network to other destinations including Medellin, Cartagena, Cali, Lima, Cuzco, Guayaquil and Quito.

Since 2012, Air Canada has launched 39 new routes from Montreal-Trudeau to global markets including Toulouse (launching 2020), Shanghai, Tokyo, Tel Aviv, Sao Paulo, Bucharest, Algiers and Casablanca. Air Canada also announced that as of 2020, Montreal to Seattle will be one of the first new routes operated by the newest aircraft to join our fleet, the Airbus A220-300. This growth has ranked Montreal among the 50 most internationally connected cities in the world. In 2018, Air Canada served more than 10 million passengers at Montreal-Trudeau.