MONTREAL, July 18, 2019 /CNW Telbec/ - Air Canada has been ranked among the 50 Most Engaged Workplaces™ for the fourth year in a row for its commitment to employee engagement by Achievers, an employee social recognition company. 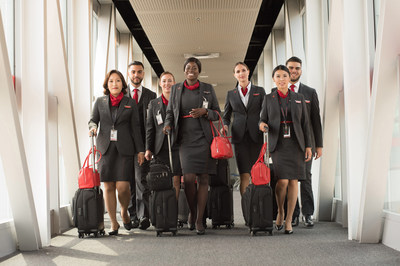 "We are thrilled with this recognition from Achievers as it affirms we remain on the right track fostering our employee culture to position Air Canada as a forward-thinking company. We believe culture is a competitive advantage, thus having an engaged workforce is an important business priority for us. We have continued to further evolve our culture to provide our 33,000 employees the opportunity to act as entrepreneurs and take responsibility as they deliver excellent service to customers. Our employees' engagement is a significant reason why Air Canada was recently rated the Best Airline Staff in Canada in addition to Best Airline in North America by the widely-respected Skytrax World Airline Awards," said Arielle Meloul-Wechsler, Senior Vice President, People, Culture and Communications at Air Canada.

The Achievers award is the most recent recognition Air Canada has received for human resources, corporate culture and employee engagement. Other awards this year include the following acknowledgements:

Additional information about Air Canada's People and Human Resources is in the "Employees" section of the 2018 Corporate Sustainability Report at: www.aircanada.com/citizensoftheworld.