Get news alerts by email
What's That Silver Plane in the Air? Air Canada's Lockheed 10-A Takes to the Skies to Mark the Airline's 80th Anniversary

MONTREAL, Sept. 9, 2017 /CNW Telbec/ - In honour of Air Canada's 80th anniversary, Air Canada's Lockheed 10A vintage aircraft is taking to the skies across Canada. After taking off this morning from Vancouver, BC, the L-10A will be making overnight stops as well as fuel stops at airports across Canada, and will be on public display at the Royal Aviation Museum in Winnipeg on September 13 and 14. More information is at: http://www.royalaviationmuseum.com. 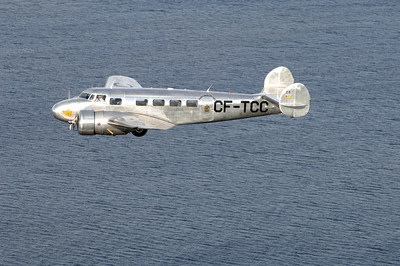 As part of the tour, the vintage 10-seat aircraft will overnight in Edmonton, Saskatoon, Regina, Winnipeg, Thunder Bay, Toronto, Ottawa, Montreal, and Halifax. The plane may also make a fuel stop in your community. Look out Calgary, Sudbury, Quebec City, and possibly more! Aviation enthusiasts may track the aircraft's movements by its registration, CF-TCC, and look out for the silver aircraft in the skies as follows:

About the Lockheed L-10A Electra
The Lockheed L‐10A Electra was designed in the mid-1930s by the Lockheed Aircraft Corporation, to compete against the Boeing 247 and the Douglas DC‐2. This was Lockheed's first all‐metal twin engine aircraft design, and was first flown on February 23rd, 1934.

Although the aircraft was operated by many commercial airlines in the 1930s, the Lockheed Electra was made most famous by aviatrix Amelia Earhart, who in 1937, disappeared in her L-10E Electra while attempting an around‐the‐world flight. The only difference between the two models is that the L‐10E was equipped with larger, more powerful Pratt & Whitney R1340 engines.

In that same month, TCA bought three additional Lockheed L‐10A aircraft, brand new, from the Lockheed factory for $73,000 each. These aircraft were dubbed the "Three Sisters" and carried the registrations CF‐TCA, CF‐TCB, and CF‐TCC. The first aircraft, CF‐TCA can now be found in the Canadian Aviation and Space Museum in Ottawa. CF‐TCC is the silver aircraft flying across Canada and is only one of two Lockheed L‐10A Electra aircraft flying in the world.

The History of CF-TCC
After being operated by Trans Canada Air Lines from 1937 to 1939, CF‐TCC was sold to the Canadian Government and operated by the RCAF as part of the War Effort during World War II. During the next 40 years, the aircraft was sold several times to various private corporations and individuals. In 1975, a retired Air Canada employee recognized the faded old registration marks on the aircraft while attending an air show in Texas. Air Canada kept track of the aircraft until 1983, at which point the company purchased the aircraft back, restored it, and flew it during Air Canada's 50th Anniversary celebrations in 1986. At the end of the Fifty stop Canadian tour, CF‐TCC was featured in the Air Canada pavilion during Expo 86 in Vancouver.

Since 1986, the aircraft has been maintained in flying condition. Air Canada employee and retiree volunteers from Air Canada Maintenance and Flight Operations have put thousands of hours of personal time into keeping CF‐TCC, our Air Canada heritage, flying for future generations to enjoy.

Air Canada is Canada's largest domestic and international airline serving more than 200 airports on six continents.  Canada's flag carrier is among the 20 largest airlines in the world and in 2016 served close to 45 million customers.  Air Canada provides scheduled passenger service directly to 64 airports in Canada, 57 in the United States and 95 in Europe, the Middle East, Africa, Asia, Australia, the Caribbean, Mexico, Central America and South America. Air Canada is a founding member of Star Alliance, the world's most comprehensive air transportation network serving 1,300 airports in 191 countries.  Air Canada is the only international network carrier in North America to receive a Four-Star ranking according to independent U.K. research firm Skytrax, which also named Air Canada the 2017 Best Airline in North America.  For more information, please visit: www.aircanada.com, follow @AirCanada on Twitter and join Air Canada on Facebook. 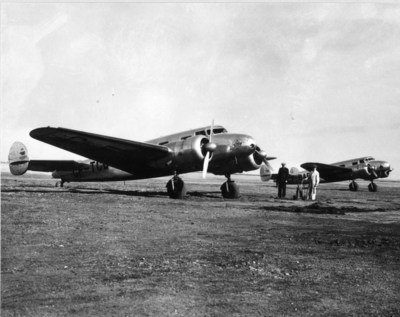